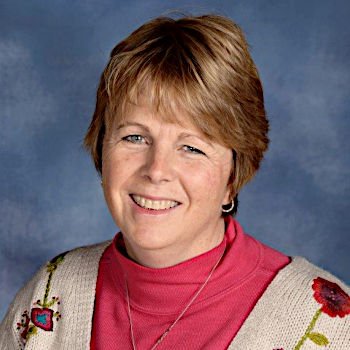 Betsey grew up in Topsfield. After graduating from Masconomet, she received her AA from Northern Essex Community College and her BA from the University of Massachusetts, Amherst in Early Childhood Education. Up until her first child was born, she worked as lead teacher for a DSS child care facility in Lynn. A long time member of the Congregational Church of Topsfield, in 1993 she felt herself being called to do more for children’s ministries. For 17 years Betsey served the Topsfield church in many capacities, starting with Director of Children’s Ministries and finishing as Director of Youth Missions and Outreach. She was part of the team that created Joyful Noises Preschool and served as a volunteer President of the Board of Overseers for several years.

Over the years Betsey has become a Certified Christian Educator through the United Church of Christ, she has earned certificates in Youth Ministry from the MACUCC, and the Institute of for Youth Ministry at the Princeton Theological Seminary. She earned the honor of Christian Educator of the Year from the MACUCC. In 2010, Betsey felt that she could better serve the Topsfield church as a volunteer. This enabled her to accept a foster child into her home. She adopted two children in 2015.